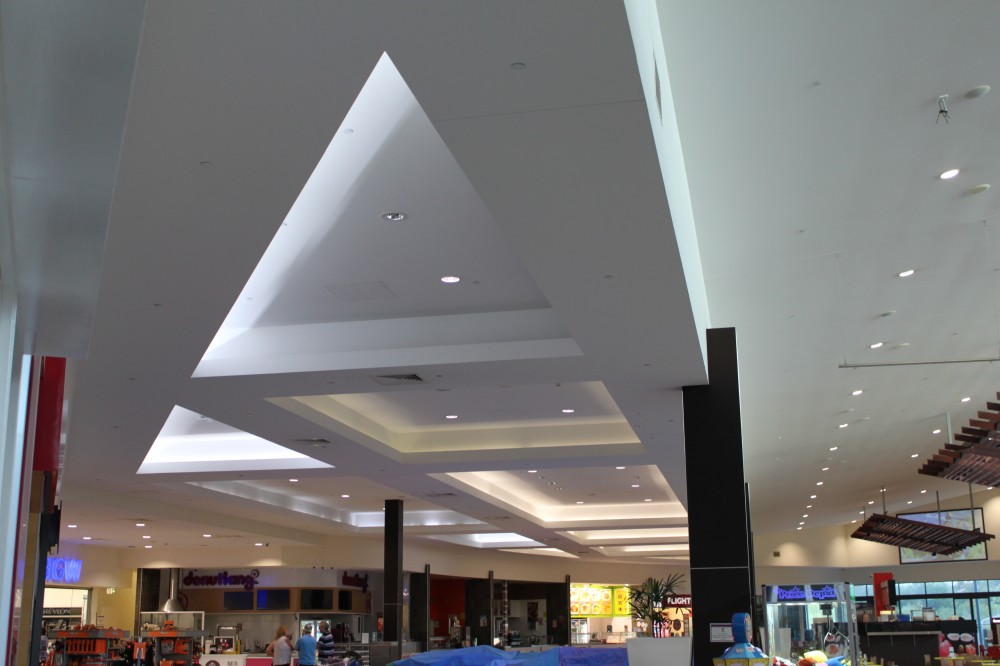 A local accountant contacted us regarding a new office fitout. The client had purchased an industrial shed, with a partial mezzanine floor. New partition walls were to be built, with a new acoustic suspended ceilings throughout. Our client was also concerned about privacy of their clients, so insulation was needed for privacy reasons. The internal staircase also needed to be framed in such a way as to contain the new air-conditioning being installed and prevent air from escaping into the ceiling cavity.

For the ceilings a trapeze hangar setup has been used, because the purlins are over 1200mm minimum spacing. Because the hangars have a large drop it is fine to use 2 hangers trapezed, so it does exceed to maximum allowable angle on the rods. A 1200 x 600 USG exposed grid ceiling was installed on the hangars and levelled to within +/- 1mm with the SCQ Hilti PRI 36 laser level. USG impressions were the tile of choice on this job due to their cost/performance value.

Partitions have been setout via squaring laser. The initial measurements didn’t quite work out on reality, which isn’t uncommon during fitouts. Steve worked onsite with the client to move the internal walls around to achieve a setout that was going to work for the client. Walls are of Rondo 64mm wide metal type set out at 600 centres.  Insulation has been installed in the perimeter walls to reduce sound transmission from the adjoining tenancies. The walls were then sheeted in 13mm plasterboard using pvc moulding to perimeter junctions. All walls were then plastered, then sanded to a smooth finish.

In the end the fitout took under 10 days from start to finish with one very happy client.  For your next fitout give the guys at Suspended Ceilings QLD a call to see how we can help you :).